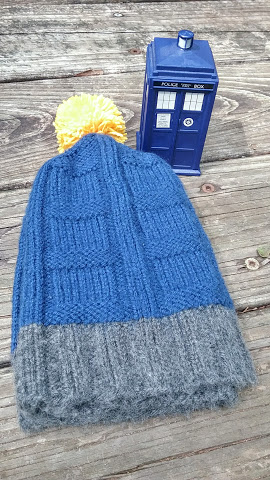 In 2011 one of my best friends introduced me to Doctor Who. We were on a choir tour, so we had a lot of time to kill on the bus from one location to the next. She had downloaded a bunch of episodes to her computer, and we binge watched our way from state to state. Doctor Who quickly became one of my favourite things. I didn’t know how to knit then, but after I learned I wanted a TARDIS hat. The only problem was that I didn’t really like any of the patterns I saw online. What’s a knitter to do? Make her own pattern, that’s what!

I knit the original Call Box Hat around Christmas of 2014. It fit pretty well, but it was too loose of a gauge for me and the wind would blow through it. I still loved it, despite it’s shortcomings, and I was very sad this past winter to find that I had somehow lost it. I decided to replace it with a better version of itself. I swatched and reworked my charts to make a better, more windproof hat. You might remember a few months ago when I finished this beauty. 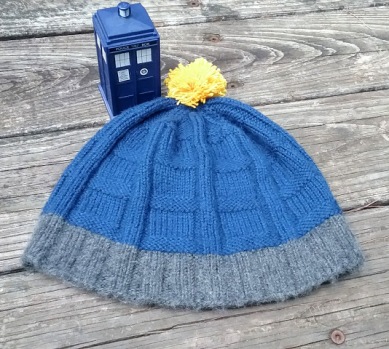 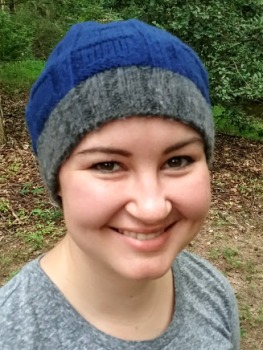 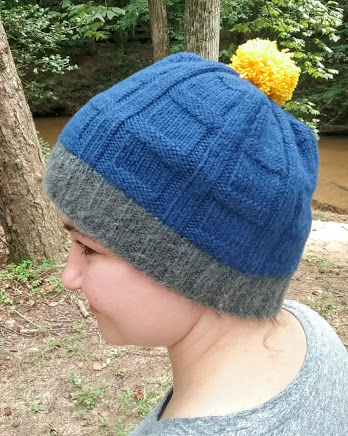 Well, the time has finally come. It is being published in Knotions Magazine this Saturday, September 30! You can see the preview here. I’m so excited!

I am a musician and a life-long crafter. I love to read and write, and my favourite book is Jane Eyre. View all posts by Dramatic Lyric