Sunday was my husband’s birthday, so I made him a cake. There is nothing quite like a made from scratch cake to show your love. We had talked about it earlier in the year and to my surprise he said he wanted a chocolate peanut butter cake (he is not a big peanut butter fan). So I trolled the internet for the perfect recipe, and lo and behold I found it! I compiled my ingredients and began baking. 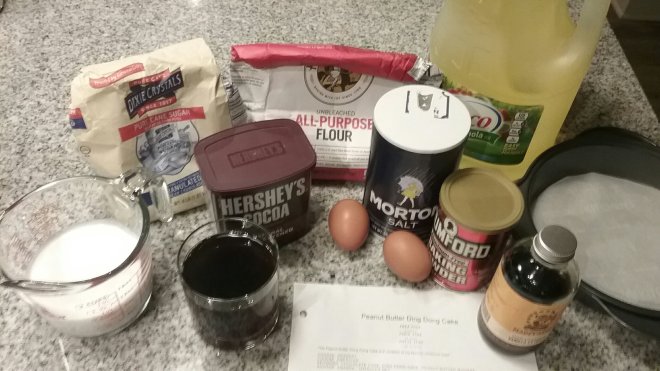 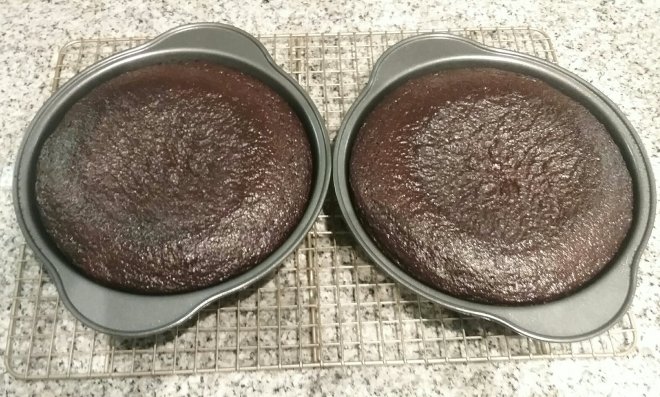 While the cake layers were baking and cooling I made the peanut butter whipped filling and the chocolate ganache. 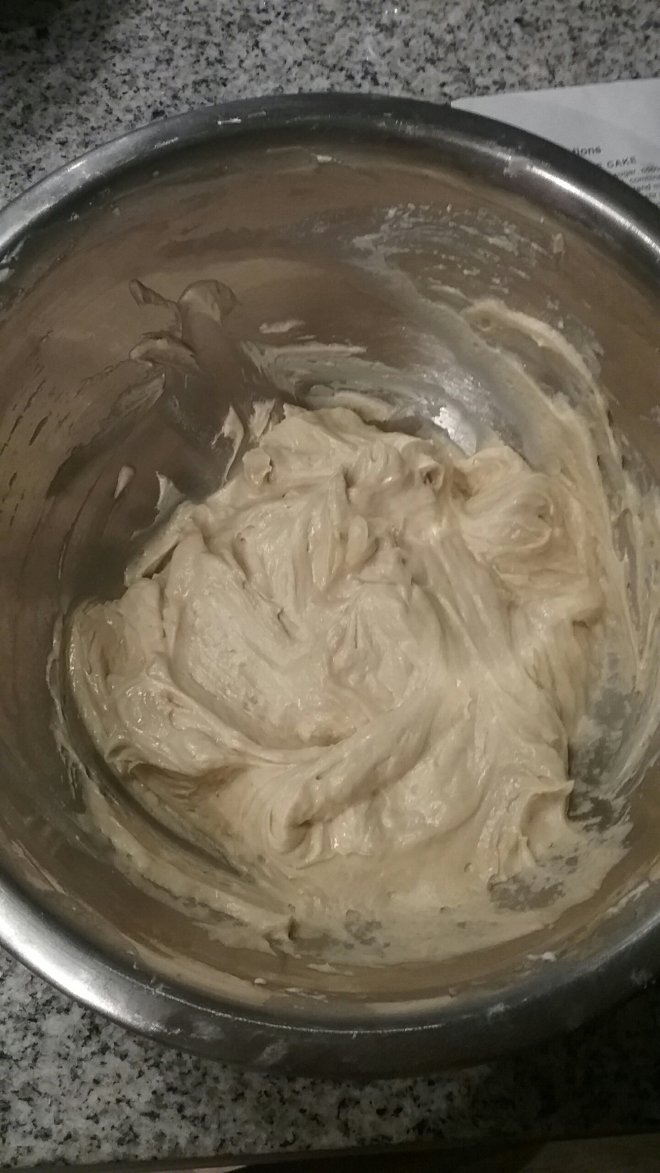 I trimmed the cake layers… 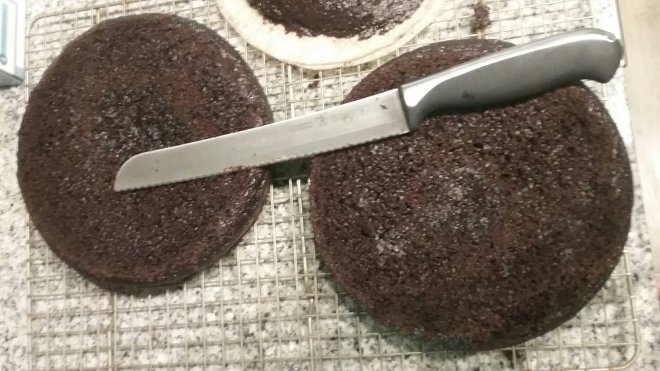 The last step was lettering. I practiced a bit before trying it on the real thing. The key is to go slowly and to follow through on every stroke. 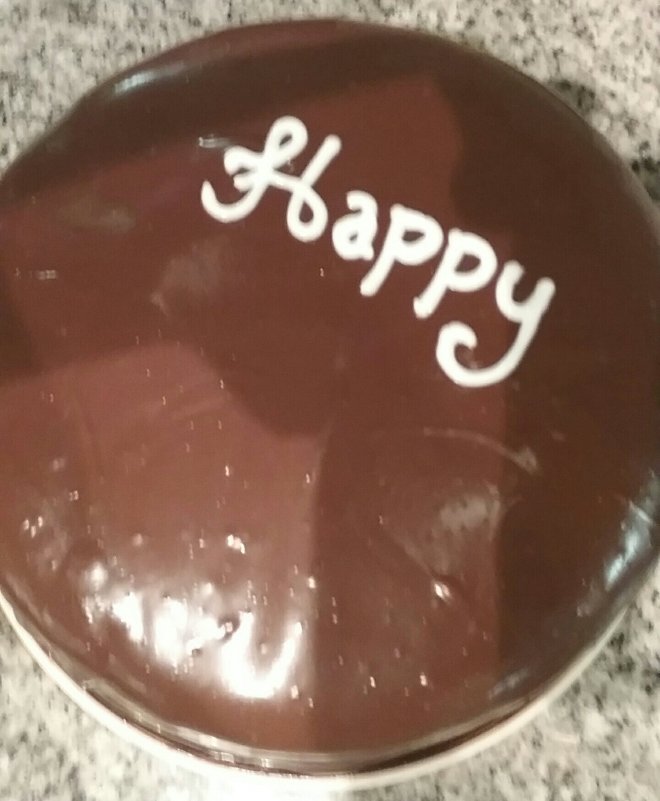 The cake turned out so well! I even had 2 people tell me that they didn’t normally like peanut butter, but they liked my cake!!

The recipe took me the majority of a day to make, once you count baking and cooling and chilling times, and the time was well worth it! I made the cake pretty much as instructed. The only change I made was to add about 1/4 cup less sugar than called for.

Happy birthday, that is, to my dear fiancé. 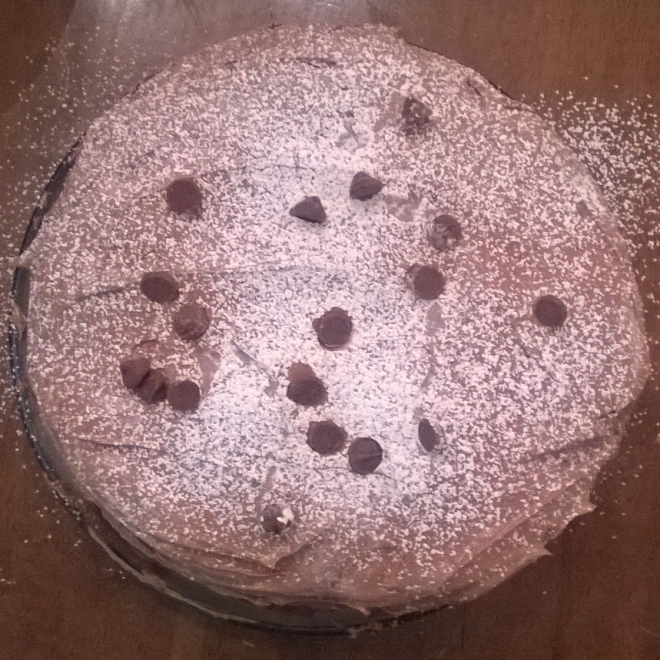