What a summer it has been! I have so much to tell you, so I’ll start with the biggest thing: I went to Manila! I work with a company that has offices in several places in the world, and most of my department happens to be in Manila in the Philippines. Over the last year and a half that I’ve worked in this department I’ve been emailing, messaging, and calling my team, but there is nothing quite like meeting someone in person. I feel so lucky to have been able to travel for work. I never thought I would be a jet-setting world traveler, but I suppose I’ve had a taste of that now.

My trip was 2 weeks long in the beginning of June. I packed 2 knitting projects and some spinning for good measure, but I barely touched my projects at all while I was away. Let’s dive right in with all the pictures!

The flight from the US to Manila is no joke. I had 3 flights, the longest of which was 14 hours. The total travel time including layovers was about 24 hours, so by the time I landed I was beyond exhausted. But my day wasn’t over yet. I knew if I went to sleep immediately my internal clock would be messed up all week, so I pulled myself together and went into the office long enough to say hi to everyone.

The next few days were a blur of work and meeting new people. I ate a lot of good food every single day. If you are ever hungry in Manila, that is totally your fault because the food there is awesome!! Or as they say in Tagalog, “Masarap!” 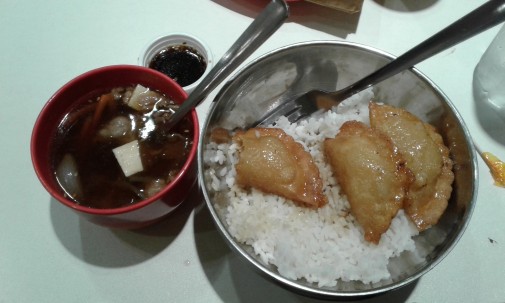 The Philippines is on the other side of the world from the US, so our night is their day. In order to work smoothly with the US offices, the Manila office is most active at night. Working night shift long term would be a big change, but it was quite convenient not to have to change my day to day schedule. Over the weekend we had a team building activity planned during the day, so we had to switch over to day shift. This was difficult, to say the least, but it enabled me to go out and see a little of Manila. 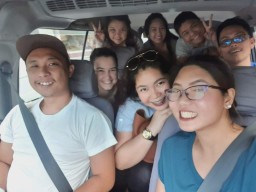 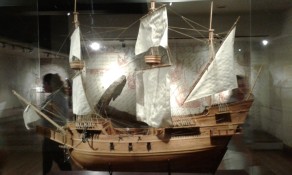 We went all over: The Manila Hotel where the President of the Philippines holds special events, the oldest church in Manila, the National musums… And friends, I found YARN!

We got food (of course), and rode a Calesa, which is a kind of horse-drawn buggy. 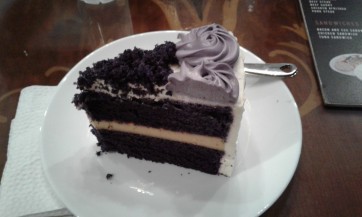 The next day was our team building. We learned a lot and had a lot of fun. Pro tip: Filipinos love Karaoke, so if you’re traveling over there brush up on your singing! 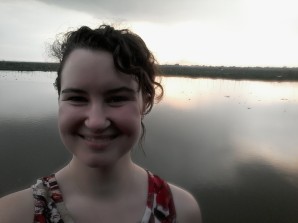 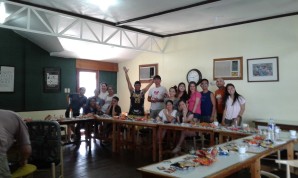 The next day (Monday, if you’re keeping track) was time to transition back to night shift. But, this was my best option to go shopping while I was in Manila. A few of my friends took me to the mall to buy ALL THE THINGS.

I tried something called Kwek-kwek, which is hard-boiled quail eggs that are then battered and fried. Delicious, and very fatty.

The 2nd week was similar to the first, and before I knew it the time had come to leave for the airport. But wait, the team couldn’t let me live without a party!

I had such a wonderful time getting to meet my team and form personal friendships with them. I can’t wait to go back and see my friends again!