My child self would be so proud of this meal. #pancakes #peanutbutter #chocolatechips #peanutbutterpancakes #pancake #embraceyourinnerchild #delicious #yum #food #childhoodgoals

I’m one of those people that gets interested in something, and then that’s all I do for the next month or two. Eventually a semblance of normalcy will return, but not too much (being too normal is boring). My most recent addiction is baking. Now that my sourdough starter is behaving I have been baking almost every weekend.

Last time we talked about bread, I had just made my first sourdough loaf. I loved it, but my husband wanted something less assertive, so I’ve been trying other recipes that use sourdough starter and commercial yeast together.

My first experiment was with Brioche. As in the last post, I used the recipe from Tartine Bread. If you are following along at home, I recommend that you use a half recipe when making this brioche. I made the full recipe, and it barely all fit in my Kitchenaid mixer! I had so much dough that I made 1 giant loaf, a dozen dinner rolls, and a whole passel of doughnuts! 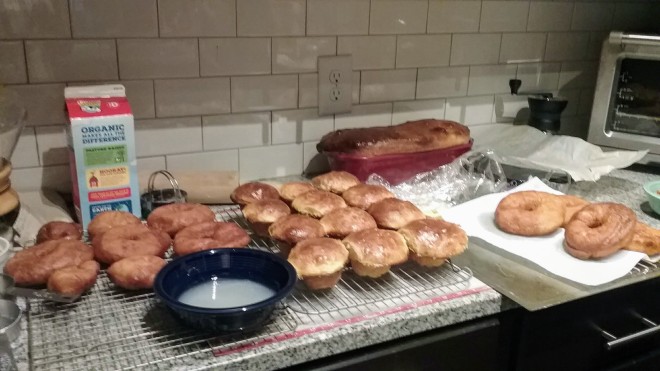 That’s right, I made doughnuts from scratch. Let me tell you: They were delicious! 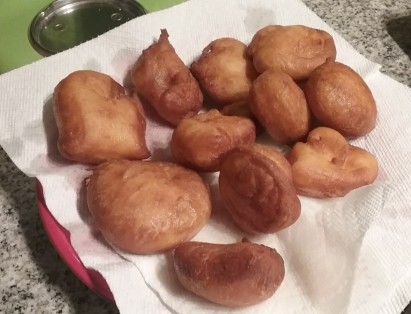 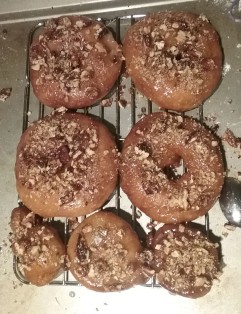 I do need to brush up on my frying technique, though. I think the oil was not hot enough, so the doughnuts ended up slightly greasy. Still fantastc, but definitely something to improve on.

The bread has great flavor and texture with a nice, even crumb. It’s great for sandwiches and French Toast, or really anything you might use bread for. 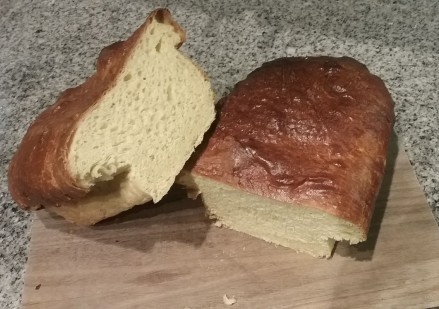 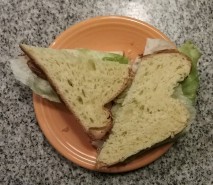 The only thing I might change about the bread is the baking time. The bread seems a touch on the dry side, which makes me think I might have over-baked it slightly.

I am always amazed at how much there is to learn about such a seemingly simple topic as bread. Bon appetit!